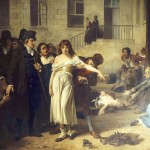 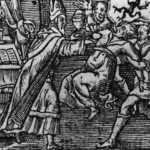 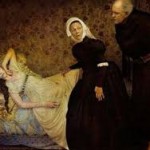 This recent article comes from the History Department at the State University of New York and notes that endometriosis was described in European history at least 300 years ago. The author notes that despite increasing recognition of the problem, even today the disease receives inadequate press. By way of example the “Encyclopaedia of Medical History” published in 1985 fails to mention it nor do more recent publications as late as 1997.

The first detailed description of wide ranging peritoneal endometriosis was put forward by Daniel Shroen in 1690.

Despite the many symptoms, it is striking over the years that recurrent practitioners recognised the wide ranging extent of the problem and the capacity for endometriosis to have a significant effect on the general wellbeing of the affected individual. It has been described in 1776″ In its worst stages, this disease affects the well-being of the female patient totally and adversely, her whole spirit is broken, and yet she lives in fear of still more symptoms such as further pain, the loss of consciousness and convulsions.”

The significant pain, resembling labour, associated with the disease has long been noted and at its worst was described by various 18th century investigators as “overwhelming”, “oppressive”, “convulsive”, “atrocious” and “tortuous”.

Countering the thought that the problem was simply “hysteria” (the derivation incidentally coming “from the womb”), in 1776 it was asserted that “hysteria is not an idiosyncrasy that we can attribute to the female portion of the population, it is obviously a major symptom of this deeply rooted disease.” In 1797 another physician questioned who would not be nervous and hysterical, “…what with the sad state and anguish of this disease. Women are tortured by the pain associated with this disorder, followed thereafter by a struggle with all of its other myriad symptoms.”

Reading through these descriptions, and with the knowledge that perhaps 10 to 15% of the population have endometriosis, it seems almost unbelievable that in the year 2016 the disease still remains so poorly described and understood.

About Dr. Reid
Dr. Reid is a Gynaecologist with a special interest in endometriosis and infertility. His practice is located in the Sydney CBD, South-West Sydney & the Southern Highlands. He is an accredited doctor with Genea, and therefore able to provide a complete range of fertility and genetic services.
LEARN MORE
Quick Links
Contact Dr. Reid
SUBMIT ENQUIRY REQUEST APPOINTMENT
Call us on
9233 4701
Email us at
sydney@rejoy.com.au
© 2016 Geoffrey D. Reid | Site by SpikeMedia